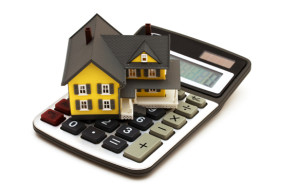 Every homeowner must pay for routine home maintenance, such as replacing worn-out plumbing components or staining the deck, but some choose to make improvements with the intention of increasing the home’s value. Certain projects, such as adding a well thought-out family room – or other functional space – can be a wise investment, as they do add to the value of the home. Other projects, however, allow little opportunity to recover the costs when it’s time to sell.

Even though the current homeowner may greatly appreciate the improvement, a buyer could be unimpressed and unwilling to factor the upgrade into the purchase price. Homeowners, therefore, need to be careful with how they choose to spend their money if they are expecting the investment to pay off. Here are six things you think add value to your home, but really don’t.

1. Overbuilding for the Neighborhood

Homeowners may, in an attempt to increase the value of a home, make improvements to the property that unintentionally make the home fall outside of the norm for the neighborhood. While a large, expensive remodel, such as adding a second story with two bedrooms and a full bath, might make the home more appealing, it will not add significantly to the resale value if the house is in the midst of a neighborhood of small, one-story homes.

In general, homebuyers do not want to pay $250,000 for a house that sits in a neighborhood with an average sales price of $150,000; the house will seem overpriced even if it is more desirable than the surrounding properties. The buyer will instead look to spend the $250,000 in a $250,000 neighborhood. The house might be beautiful, but any money spent on overbuilding might be difficult to recover unless the other homes in the neighborhood follow suit.

Homebuyers may appreciate well-maintained or mature landscaping, but don’t expect the home’s value to increase because of it. A beautiful yard may encourage potential buyers to take a closer look at the property, but will probably not add to the selling price. If a buyer is unable or unwilling to put in the effort to maintain a garden, it will quickly become an eyesore, or the new homeowner might need to pay a qualified gardener to take charge. Either way, many buyers view elaborate landscaping as a burden (even though it might be attractive) and, as a result, are not likely to consider it when placing value on the home.

Putting stainless steel appliances in your kitchen or imported tiles in your entryway may do little to increase the value of your home if the bathrooms are still vinyl-floored and the shag carpeting in the bedrooms is leftover from the ’60s. Upgrades should be consistent to maintain a similar style and quality throughout the home. A home that has a beautifully remodeled and modern kitchen can be viewed as a work in project if the bathrooms remain functionally obsolete. The remodel, therefore, might not fetch as high a return as if the rest of the home were brought up to the same level. High-quality upgrades generally increase the value of high-end homes, but not necessarily mid-range houses where the upgrade may be inconsistent with the rest of the home.

In addition, specific high-end features such as media rooms with specialized audio, visual or gaming equipment may be appealing to a few prospective buyers, but many potential homebuyers would not consider paying more for the home simply because of this additional feature. Chances are that the room would be re-tasked to a more generic living space.

While real estate listings may still boast “new carpeting throughout” as a selling point, potential homebuyers today may cringe at the idea of having wall-to-wall carpeting. Carpeting is expensive to purchase and install. In addition, there is growing concern over the healthfulness of carpeting due to the amount of chemicals used in its processing and the potential for allergens (a serious concern for families with children). Add to that the probability that the carpet style and color that you thought was absolutely perfect might not be what someone else had in mind.

Because of these hurdles, wall-to-wall carpet is something on which it’s difficult to recoup the costs. Removing carpeting and restoring wood floors is usually a more profitable investment.

Invisible improvements are those costly projects that you know make your house a better place to live in, but that nobody else would notice – or likely care about. A new plumbing system or HVAC unit (heating, venting and air conditioning) might be necessary, but don’t expect it to recover these costs when it comes time to sell. Many homebuyers simply expect these systems to be in good working order and will not pay extra just because you recently installed a new heater. It may be better to think of these improvements in terms of regular maintenance, and not an investment in your home’s value.

It is difficult to imagine spending thousands of dollars on a home-improvement project that will not be reflected in the home’s value when it comes time to sell. There is no simple equation for determining which projects will garner the highest return, or the most bang for your buck. Some of this depends on the local market and even the age and style of the house. Homeowners frequently must choose between an improvement that they would really love to have (the in-ground swimming pool) and one that would prove to be a better investment. A bit of research, or the advice of a qualified real estate professional, can help homeowners avoid costly projects that don’t really add value to a home.